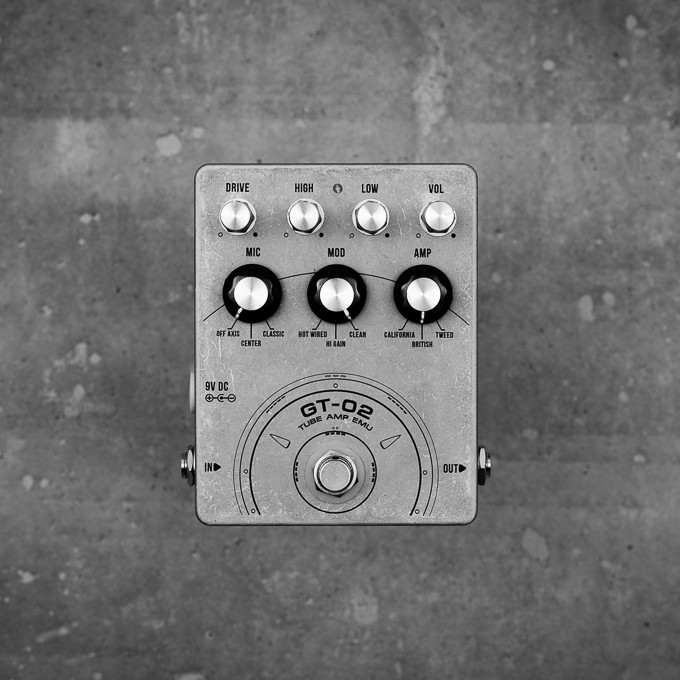 Every electronic engineer in his life have to build: a strobe light, a clock, adjustable LM317 power supply and guitar effect. I build all previous devices and only effect left to make. I decide to build SansAmp GT2 overdrive – I don’t own a guitar, but I like the hardcore style disorted bass drum sound.

Schematic seemed to be primitive. In the meantime’ve read a lot about the legendary excitations of SansAmp, so I begun the construction with feeling of the incoming failure. I did not want to design my own PCB, I used the well-known version from TonePad .

Housing turned out to be quite tight. I measured all elements and created interior design in InkScape to avoid stupid errors and to fit all parts really tight.

Then I printed the front panel design, punched guide holes and the drilled thru it. The housing was sandpapered to give it more matte look. The graphics was painted on water decal, put on front, then proctected with 6 layers of acrylic paint and put in an oven to melt.

Because of space, the wiring was rather difficult – there are a lot of connections between rotary switches and PCB. Finally I fited everything together.

The effect started to operate without problems and without any excitation (the trick was with proper footswitch connections). It was tested by running recorded guitar tracks from MP3 player thru it. Temporarily it will be used with my drum synthesizer.

Total costs were closed in 30 euros – the most expensive were rotary switches (TLC RS1010-23) and enclosure (Tayda style).